Dingle International Film Festival (Dingle IFF) is proud to present Jim Sheridan’s latest and greatest film, THE SECRET SCRIPTURE (2016), which will be screening in The Phoenix Cinema on Sunday 26th March. The film showcases a fantastic, internationally-renowned cast and an exceptional script from Sheridan and the late Johnny Ferguson. THE SECRET SCRIPTURE is the perfect film to close this year’s festival, and a brilliant return to Irish storytelling for Jim Sheridan.

The film is adapted from the 2008 novel of the same name by Sebastian Barry. THE SECRET SCRIPTURE tells the story of an elderly woman, Rose, who keeps a diary of her extended stay at a psychiatric institution. Rose is convicted of murdering her newborn child, but proclaims her innocence. She recounts the story of her life during the events of Irish religious and political upheaval during the first half of the 20th century, which leads to her incarceration.

The cultural context of the time brings much contemporary social relevance—one of the film’s stars, Oscar-winner Vanessa Redgrave, comments on the film’s dark appraisal of Irish history: “Governments  have  been  mainly  responsible,  Churches have been responsible; I wonder who spoke out and protested against these crimes during the 30s, 40s, and 50s for instance? A tragic story, but it’s true. Truth should be told.”

The cast of SECRET SCRIPTURE are all immediately recognizable from the world of cinema, and they deliver authentic portrayals in this harrowing tale of injustice and deceit:

For information on other films, events, and guests at Dingle IFF 2017, look no further than http://www.dinglefilmfestival.com/ 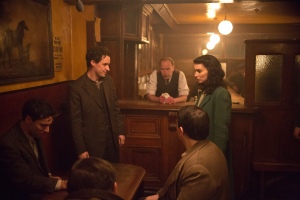 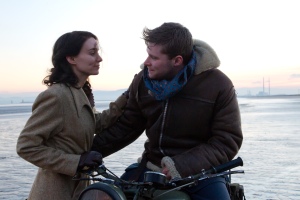